Arielle Noa Charnas, popularly known as Arielle Charnas is an American social media influencer and fashion blogger. She is also a renowned fashion designer. As of 2022, her estimated net worth is $6.15 millions.

Arielle Charnas is  a 34 years old very famed American celebrity. She is basically a fashion blogger and social media influencer. She is widely known for her fashion blog and Instagram account, both named “SomethingNavy”. She is a fashion designer as well and has designed collections of apparel for American departmental store, Nordstrom. She has been featured in magazines like BRIDES, Cosmopolitan and Glamour. The celebrity describes her personal style as ‘elevated basic’.

As a social media influencer and fashion blogger, Arielle has a pretty good amount of net worth. From her profession stated previously, we can easily guess that she mainly earns from her social media account and brand endorsements. She gets the most of it from Instagram, having 1.35 millions subscribers. Besides, her facebook account has over 28K followers. She generates a good income from the apparels she designs. She also earns from her fashion blog, Something Navy.

Charnas started to post photos of her outfits and personal style on her blog, Something Navy in 2009. Before gaining fame, she worked at a Theory store in the Meatpacking District. Later in 2016, she had a four year deal of endorsement with TRESemmé and appeared in television for shampoo brand advertisements.

In 2017, Charnas came up with her first collection of apparels with NordStrom. It was named Something Navy X Treasure & Bonds that included 30 ready-to-wear outfits.

She got over one million followers on Instagram by September, 2017.  Later in February, 2018, she had a long term deal with Nordstrom to license and establish her stand-alone brand, Something Navy.

Charnas launched her second line of apparel with NordStrom and the first under Something Navy in September, 2018. On the launch date, the NordStrom website was temporarily shut down within an hour due to high traffic. The collection generated $4-$5 millions in sales on the first day. Charnas raised $10 million fundings from the investors that valued her brand, Something Navy at nearly $45 millions.

Later in her career, she had endorsement deals with brands like ‘Kate Spade’ and ‘Marc Jacobs’

In July 2020, Charnas launched her own brand after NordStrom disassociated with her brand. The newly launched brand is expected to grow 300 times in 2021 according to Forbes’s projection.

On June 13, 1987, Arielle Charnas was born in Old Westbury, New York, United States. Her father’s name was Clement Nachmani and her mother was Onor Nachmani. Her sisters are Danielle Nachmani and Michaela Nachmani. Charnas completed her high school from Westbury high School, Westbury, New York. Later She earned a Bachelor’s from Fordham University. As a social media star, it is surprising enough that she did not disclose what she pursued from Fordham university. 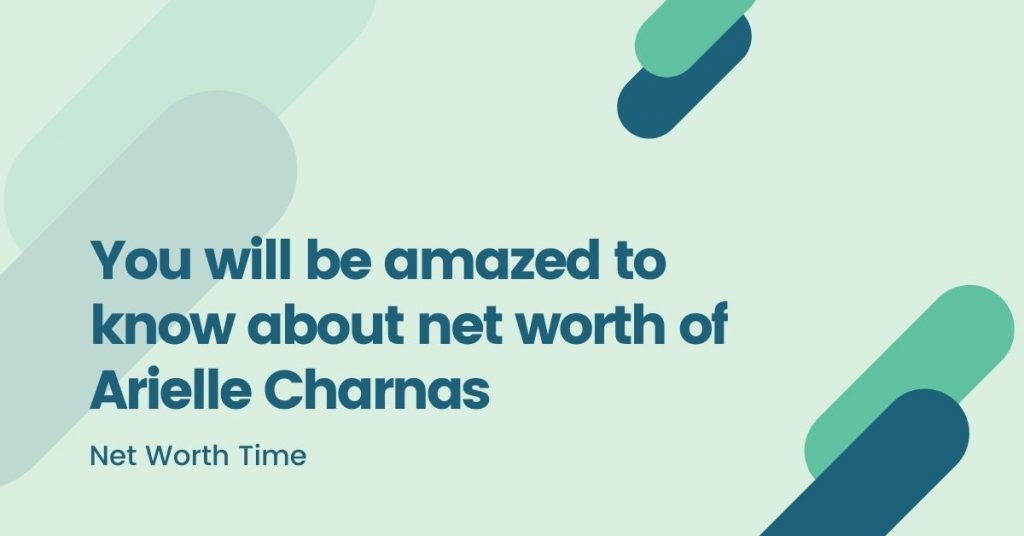 Arielle has been married to Brandon Charnas since October, 2014. By profession, her husband is a commercial real estate agent. This couple has two daughters with them, Ruby Lou Charnas and Esme Charnas.

We could not find any legal issues against Arielle Charnas.