By 2022, Jennifer Hudson’s net worth is estimated to $30 Million. Her major sources of income are singing and acting. A few expensive properties she owns are a $3 million mansion in her hometown, Chicago, Illinois; A $60,000 GMC Yukon, and many more.

Jennifer Hudson is one of the most famous singers and actresses in Hollywood and the 8th most popular celebrity born on September 12 in the world. She stepped into acting after participating in the third American Idol in 2004, emerging as the 7th.

She’s the only participant in American Idol to win the Oscar Award and competed with 780 contestants (singers) to win her first role as an actress in a movie called Dreamgirls in 2006. Till then she never looked back. Going on to win multiple awards over the years of her career.

Jennifer Hudson was born on September 12, 1981, in Chicago, Illinois, the United States to Samual Simpson and Darnell Donnerson. She was born with a sister and a brother, her being the last born.

She was raised a baptist, started singing in church at the age of seven. She attended Dunbar Vocational High School and graduated in 1999.

She then joined Langston University but was always homesick, eventually attending one semester. 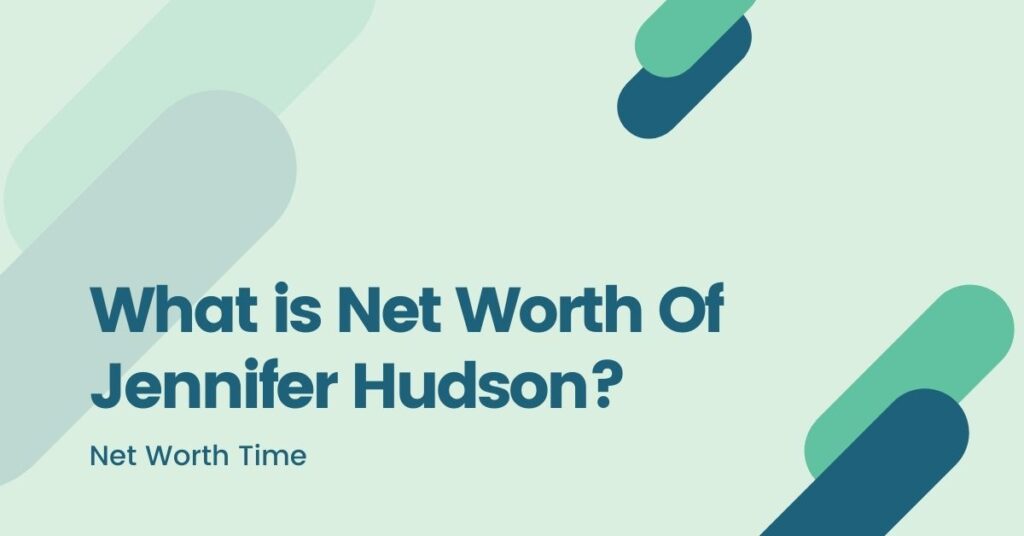 Jennifer started her career in 2002 by signing a five-year contract with Righteous Records, an independent label. She was later released because she had to participate in American Idol in 2004.

She secured her first role in films, as Effie White in “Dreamgirls” released in 2006. This role graced her with an Oscar award for the best-supporting actress, BAFTA award, Golden Globe Award, and Screen Actors Guild Award.

For singing, she released her first self-titled album in 2008, second album, “I Remember Me” in 2011 and third album, “JHUD” in 2014. All three albums appeared at No. 2 on the R&B Billboard charts and more than 150,000 copy sales in a week after the official release.

Much of her personal life is not known but as noted down, she first dated James Payton in 1999 with whom she broke up within 2007.

She then went on to date wrestler David Otunga. In 2008, she got engaged to David and delivered her son David Daniel Otunga. Jr.

Later, the two broke up. Till 2019, they were battling in court for who should be granted primary custody of the son. This battle lasted for two years.

2008 was a really bad year for Jennifer. Her nephew Julian King, brother and mother were killed in a double homicide by her in-law. The murderer was an estranged husband to her sister Julia, called William Balfour. He was sentenced to 3 life sentences and imprisonment without parole.

The whole US was in a shock to knew about what happed to Jennifer’s family. A brutal killer named William Balfour killed 3 member’s of jennifer’s family including her mother, brother and nephew who was only 7 year’s old.

Here I listed some of her song. Apart from the list there are some other song which is people’s hot favourite.

Jennifer’s former husband is David Otunga. They broke up in 2019. Jennifer had relationship with James Payton in 1999 till 2007.

Jennifer Hudson surprised her fans and followers by lossing atleast 80 pounds by simple diet plan. She actually lose her weight while she was pregnant.

Jennifer has been on and off in regard to legal issues. The main issue is her son’s custody. The battle between the two parents didn’t end out of court as it had been asked by the court prior. This resulted in on and off appearances in court. Due to the intervention of the court for a period of two years, Hudson and Otunga later reached an agreement with a decision on who should have primary custody and how to manage the whole situation.

A lot of things have happened in Jennifer Hudson’s life but she remains an icon in music and Chicago, her hometown.

The 2008 family tragedy made her disappear from the public for some good time to mourn and heal.

She is still active in singing and acting.

YOU CAN ALSO SEE

What is John Macarthur net worth?